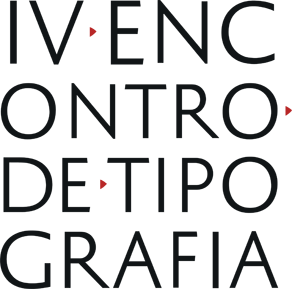 Learn more about the career of this guest

Born in in Chaco Province, Argentina, in 1936.
He began his career in Buenos Aires in 1959, along with Henry Petersenwith whom learned the philosophy and techniques related to packaging and typography.

In 1962, he settled in Chicago and studied at an important school of design and calligraphy. Worked with calligraphers like Carl Corley, William Ficho and Ferrel Daniels.. Later, he was hired by Graphique Ltd. with them, designed holders for Playboy Magazine while working as freelance Art Director with J. freelance W Thompson, Young & Rubicam, Needham, Harper & Steers, among others.

In 1969, he returned to Argentina and began working in the Ricardo de Luca advertising agency, one of the largest in the country. A year later, he formed his own design studio and worked for advertising agencies as well as for Channel 7 television as art director.
That same year with his brother Juan Carlos, he founded the newspaper “North” Chaco.
In 1975, in Barcelona, created his own graphic design studio. He interacted and worked with great design professionals and advertising companies.

It is well known his work as a teacher in schools like Massana, Elisaba, Llotja, Eina, IDEP and University of Barcelona.
He is a Fellow of Design of the World, collaborator BCD Barcelona Design Centre and is an Honorary member of Col.legi de Dissenyadors gráfics de Catalunya.

There are many books in which they publish their work in Design, Calligraphy and Typography.
Ricardo Rousselot appears in the book “6 Designers Argentinos de Barcelona”, a comprehensive report design known figures among America Sanchez, Carlos Rolando, Mario Eskenazi, Jorge Alberto Lievore and Penzi. Its author, Norberto Chaves, and the publisher, Santa & Cole.

In 2010/2011 he has taught in his study the Practicum of “Master of Typography” for the University of Barcelona.
In recent years the study collaborates with Hartmann Design in Offenbach, Germany in packaging design, they create GDS, Global Design Sources. This design group, exhibited at the Klingspor Museum in Offenbach an exhaustive sample of work, followed by a further exhibition in downtown Philadelphia, USA and Taiwan.
Currently working on different typography designs for hit own foundry EdyType.
In June 2010 he was honoured for his career as a calligrapher and typographer in the 4th International Typography Congress in Valencia, Spain.